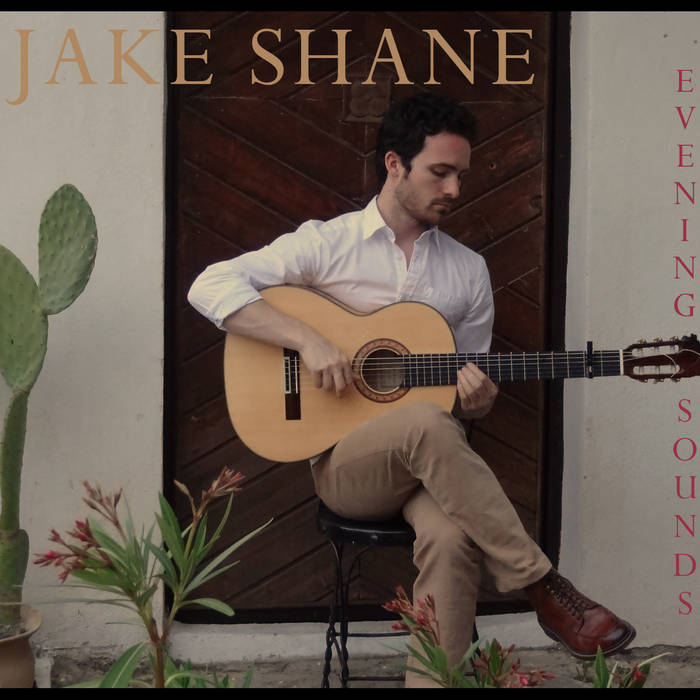 "Jake Shane's songs take us into a space populated by saviors and strangers, situated somewhere between minute particulars and eternity. His voice yearns and seeks, and his language is as fresh and original as it is beguiling. By turns plaintive, rollicking, mystic, celebratory, Jake's music channels the spirit of blues and folk traditions while breathing new life into the old forms. His characters are often familiar; the stories are his." Emir Parrotta


"Jake Shane's album Evening Sounds neatly blends folk, Americana and even some Spanish influences from his time in Madrid in pleasant melodies with some clever lyrics on songs such as Before Winter and Seascape. An enjoyable listen." Martin Chilton, The Daily Telegraph.

Produced, Engineered and Mixed by Stephen Turney
Recorded at The Treehouse in Nashville, Tennessee
Mastered by Alex McCollough at Yes Master
Additional recording by James ‘Jamp’ Phelan in Madrid, Spain

Cover photo by Bonita Beil
Guitar made by Juan Álvarez in Madrid, Spain.
All songs written by Jake Shane

Jake Shane is an American singer-songwriter based in Madrid, Spain.

Bandcamp Daily  your guide to the world of Bandcamp